How well are VR headsets selling?

What are the best headsets for VR?

How could COVID-19 change AR/VR’s future?

Practical Uses for VR and AR in the Education Field

What is the difference between VR and AR? 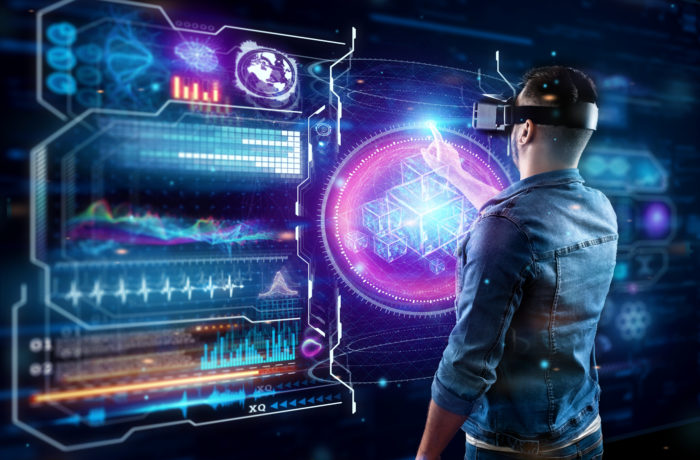 The future of VR lies in the hands of three primary stakeholders; the developers, the investors and the consumers. The growth of Virtual reality in 2020 and 2021 will be estimated regarding the previous year’s growth, 2019. 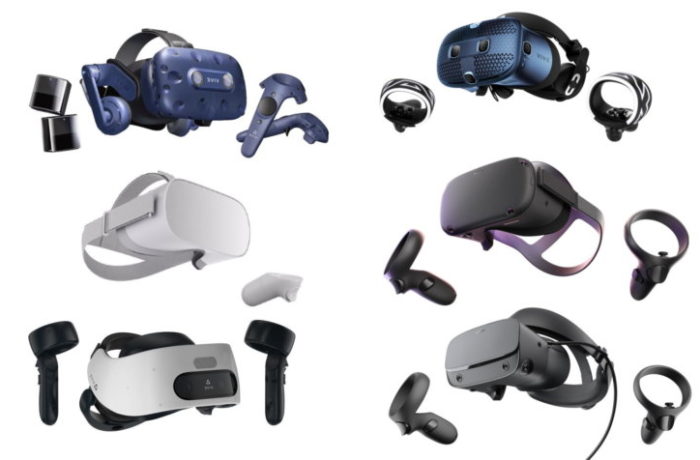 What are the best headsets for VR?

There is a wide range of VR headsets available on the market these days. Knowing which one to spend your hard earned dollars on can be challenging. 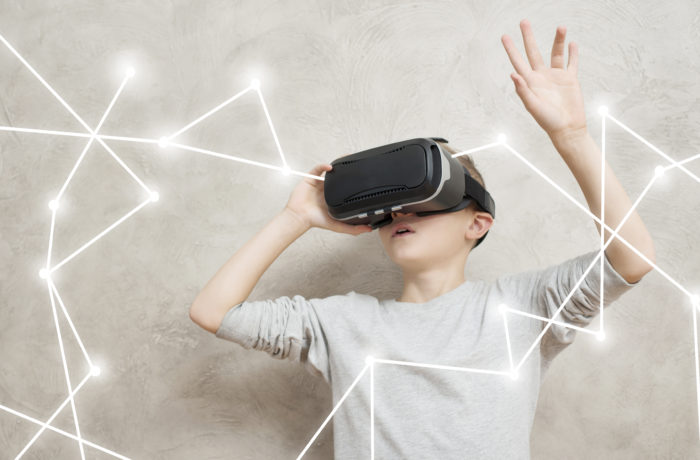 How well are VR headsets selling?

The world of virtual reality is still alien to many people. 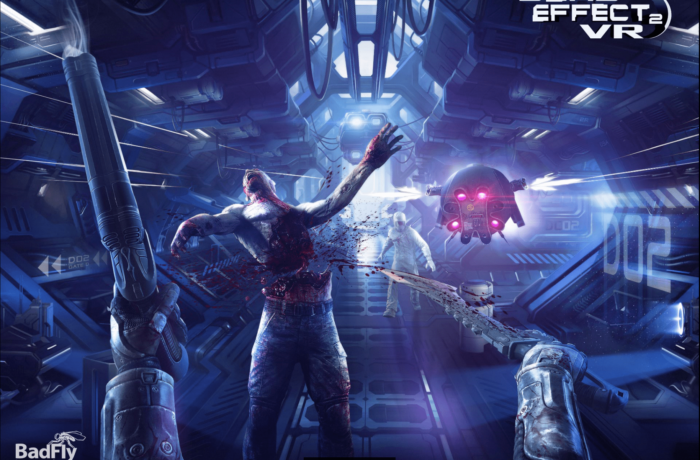 As the industry develops further and further, VR games become more prominent in the market. 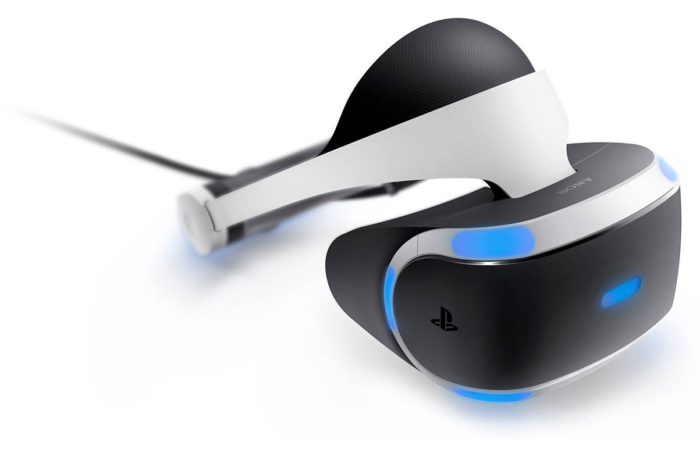 The future of virtual reality on consoles lies on PlayStation VR. For a system that uses PS4 other than expensive gaming PC, PlayStation VR is an affordable introduction to quality VR even if the experiences aren’t as crisp as those found on HTC Vive or Oculus Rift. Launched in 2016 by Sony, PlayStation VR is one of the best-selling high-end VR headsets that you can purchase, especially if you already have a PS4 console. Let us see how PSVR hardware has become a game-changer in the world of virtual reality! 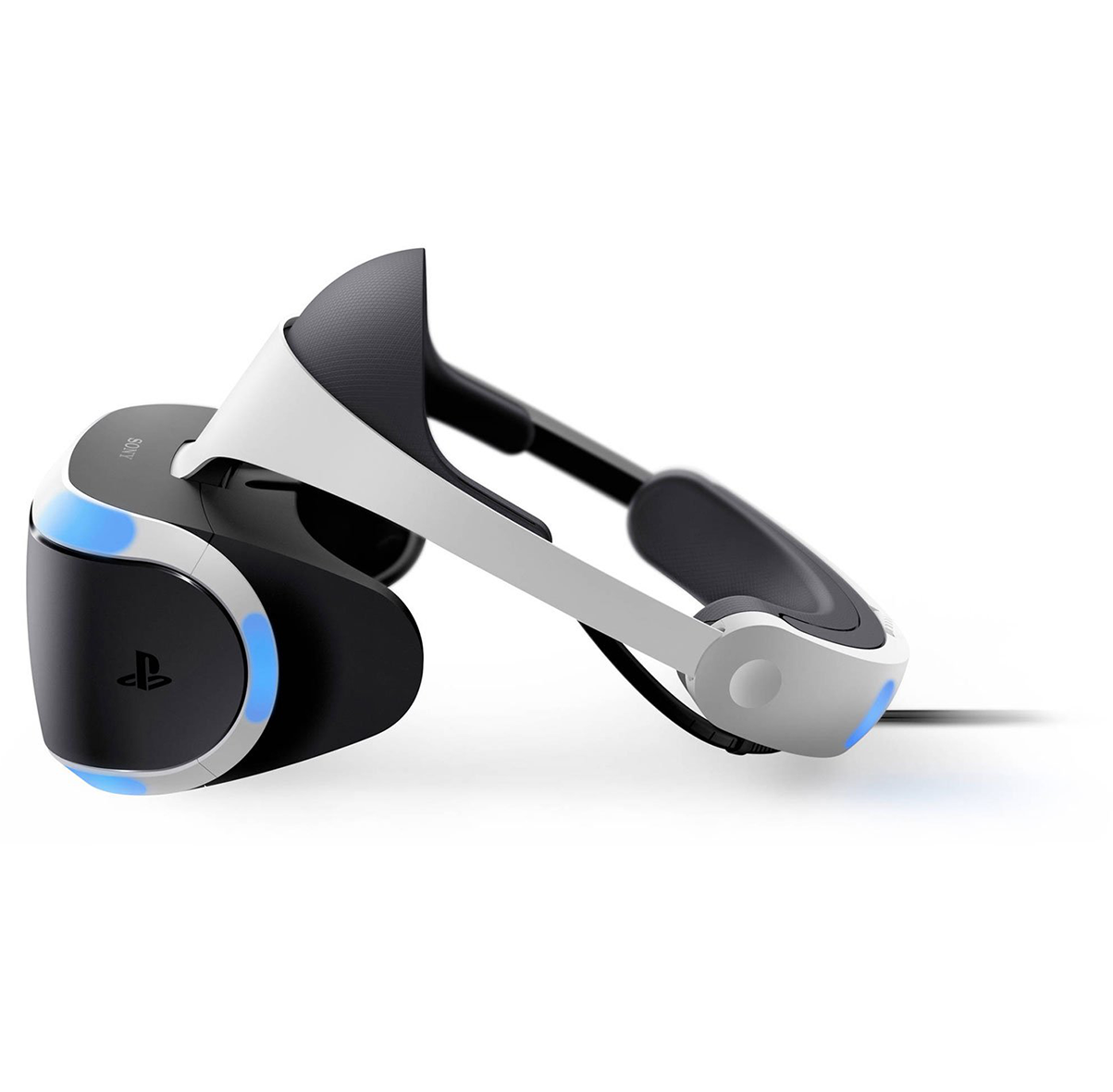 PSVR features seven front-facing blue tracking lights and a mix of black-and-white plastic curved face-design that give it a futuristic look. Sony has also forgone the standard head-strap and googles approach common with other headsets in the market, and has used an adjustable headband that makes the screen float in front of your eyes like a visor.

The PlayStation VR weight around 610g, but its design shifts the weight from the front of your eyes and places it on your forehead. This makes it to feel light and comfortable, despite being the heaviest mainstream headset on the market.

There is a button to move the faceplate forward and backward to adjust the image focus and help with putting the headset on and taking it off. You will also find a set of in-line controls for the PSVR that allow you to mute the build-in microphone, turn the VR unit on and off, plug in a pair of headphones, and control the headset volume.

Its breakout box or the Processor Unit only measures 143 x 36 x 143mm, and can easily be tucked away behind or next to your PS4. It is complete with a front-facing power status light strip and looks much like a tiny PlayStation 4.

Despite plenty of cables to connect, each cable and plug is clearly labeled, making the setup process to be incredibly easy and straightforward. Anyone can set this thing up, as the setup instruction manual is very clear in its instructions. 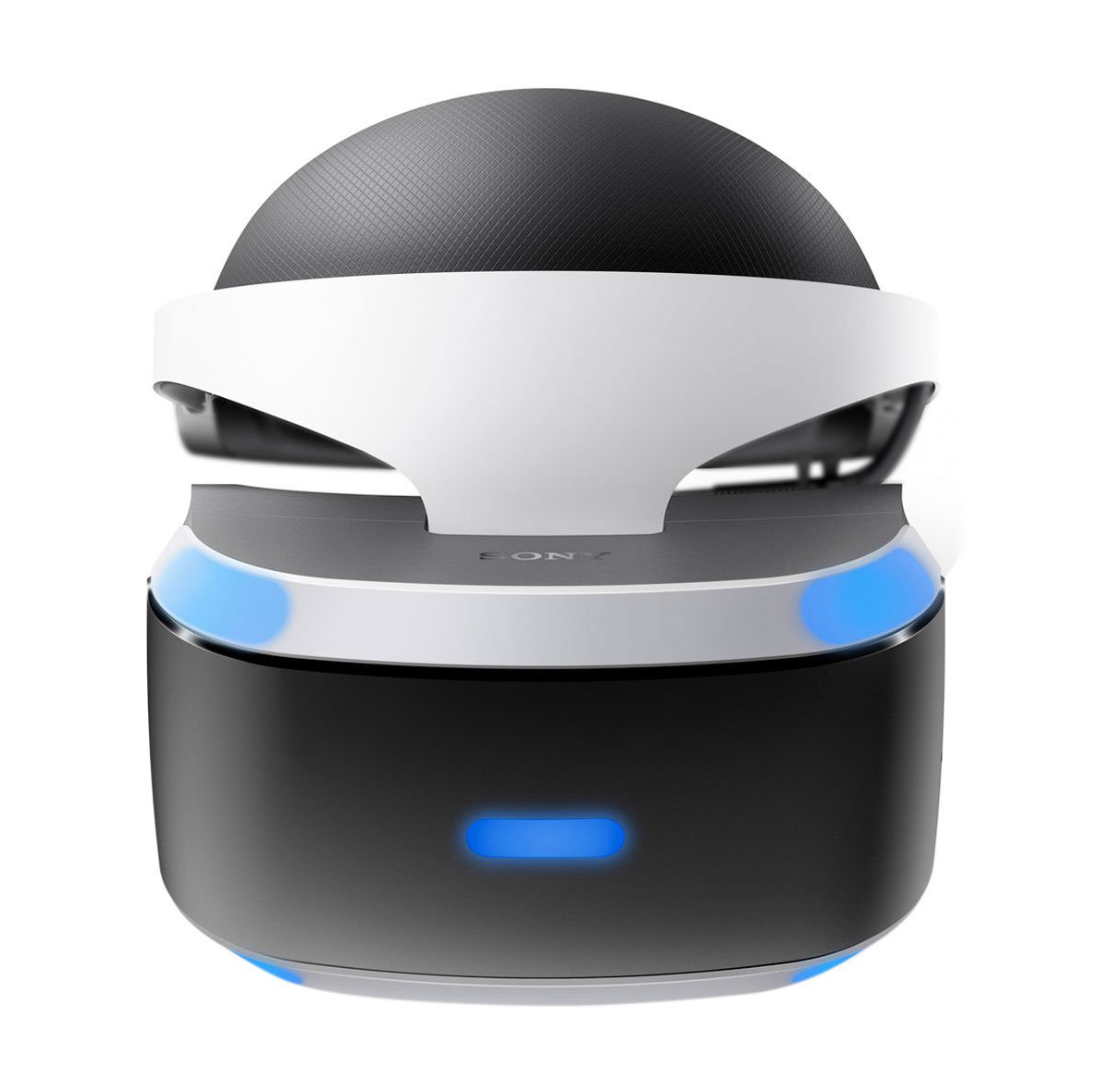 Instead of head straps, PlayStation uses an adjustable headband that helps to shift the weight from the front of your eyes and places it on your forehead. This makes it feel light and comfortable despite its weight. Also, the whole front that houses the screen is adjustable with the press of a button to move it forward and backward and adjust the image focus, while making it easy to put the headset on or take it off hassle-free.

The PlayStation VR uses 5.7”, 1920 x 1080 OLED panel display, which is split into 960 x 1080 for each eye running at 120 frames per second to keep you seamlessly connected to the virtual world. While its screen resolution is lower than Rift’s and Vive’s 1080 x 1200 for each eye, it means that the picture will just be slightly grainer. It is not a very noticeable downgrade apart from minor pixilation with small text. The 120Hz refresh rate compensates for that with smoother motion than the 90 Hz for both Rift and Vive. So, PlayStation VR stands solidly alongside its peers, with crisp and smooth picture quality. 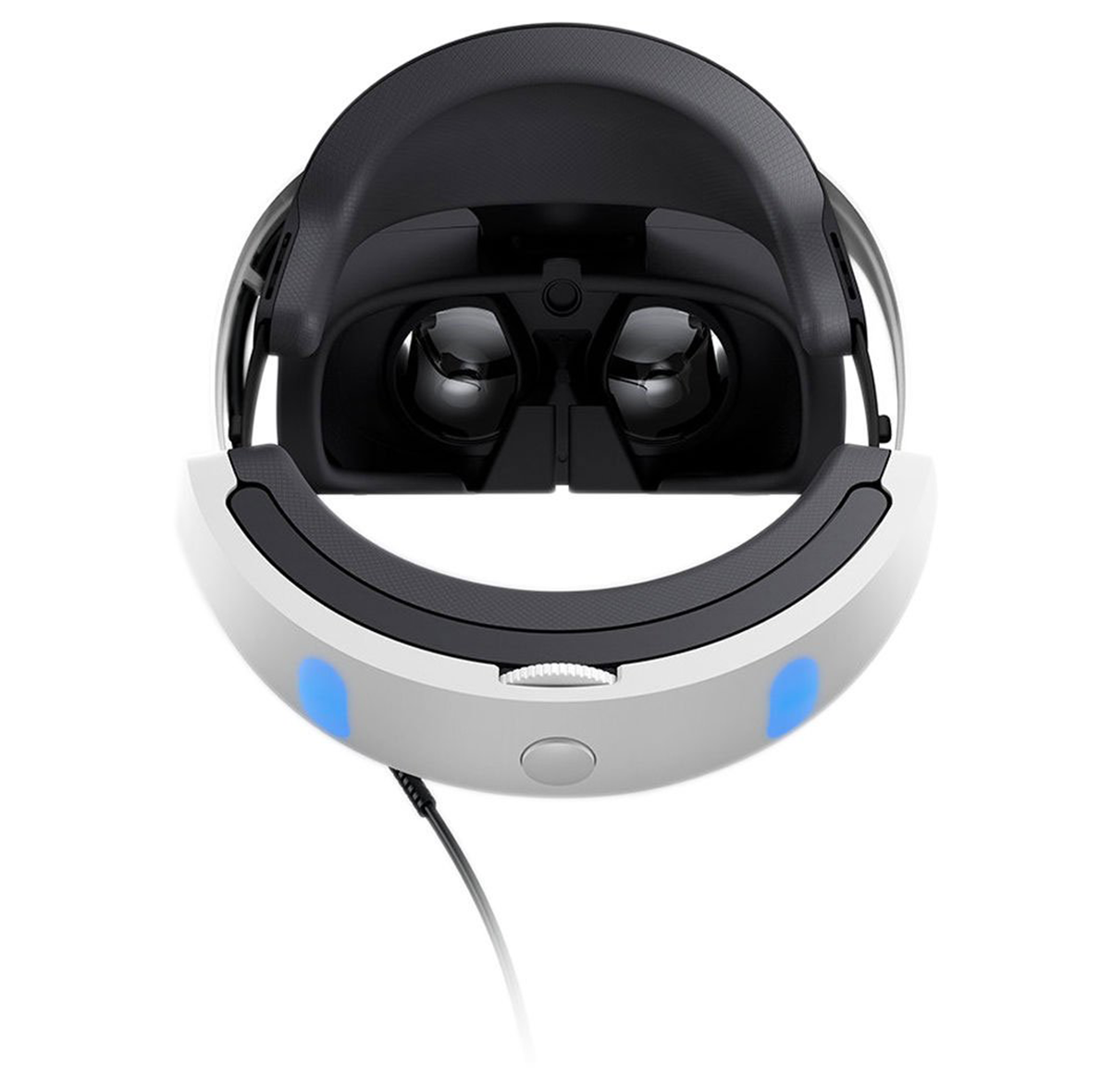 3D audio technology lets you discover a new dimension of sound by letting you pinpoint the direction and distance of sounds coming from above, below and all around you. The headset’s integrated microphone makes it easier for you to chat with your online friends, discuss in-game tactics, and strengthen your immersion in the VR world.

When it comes to the content side of things, the PlayStation VR shines, given the 22 years of experience of its creator –Sony- in the games business. That makes PlayStation VR have one of the best catalogs of available VR games right now. There is plenty to keep newbies busy: EVE: Valkyrie, PlayStation VR Worlds, RIGS, and Until Dawn: Rush of Blood, are all available titles that you can browse from the get-go! Each PSVR kit comes with a disc filled with a handful of demos to give you a broader idea of what is available for the platform: Arkham VR, Until Dawn, Bottlezone, Rush of Blood, among others.

The line-up of launch title is also healthy, as more third-party titles will continue to join PlayStation VR’s games catalog. Most PSVR games fall in the $20 to $40 price range, and only a few go up to $60. While there some of these games feel limited in scope, length, and substance as opposed to what you get for a full-price PS4 game, there is a real sense of production value in nearly everything offered. 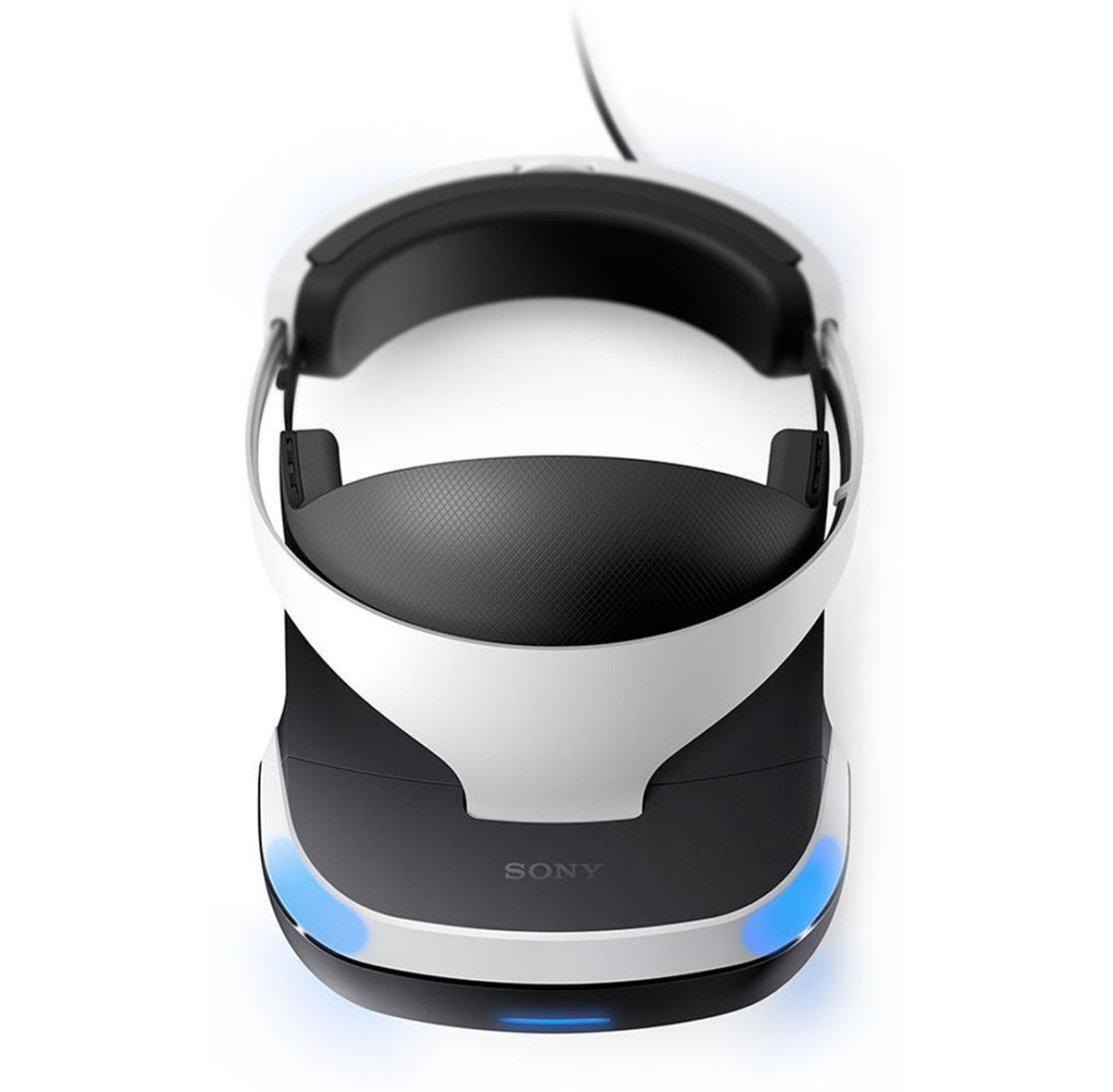 At $399, PlayStation VR is one of the cheapest virtual reality headsets you can buy right now. For that price, you can be sure to get value for your money without compromising a lot on performance and quality. The available games in its catalog are some of the best VR experiences you don’t want to miss, and the good news is that the headset is incredibly comfortable to wear, so that you can remain immersed in your gaming sessions.

Something happened on May 21, 2019, that changed the history of consumer VR and removed all barriers of entry in the VR world -even for the most conservative VR critics. 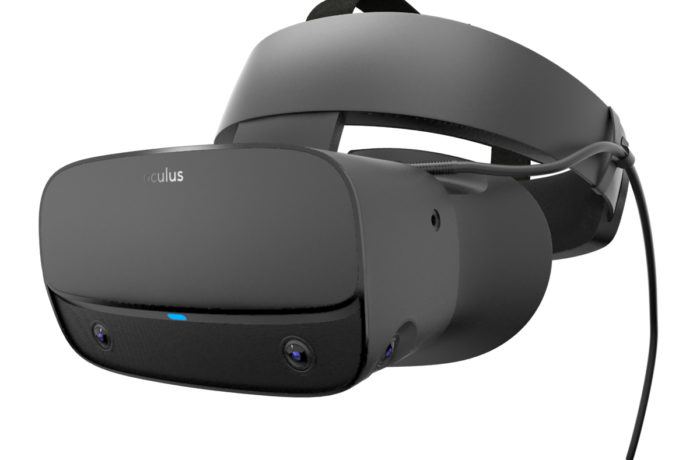 Gamers and entertainment lovers who already have a gaming pc with a powerfully enough graphics card and want to enter the world and atmosphere of VR will be able to enter this new world in a relatively inexpensive way with the Oculus Rift S.

Valve is not yesterday’s baby in the VR world. Until 2019, it had helped VR game-changers like Oculus, and HTC to build their systems

VR Downlow is your one-stop-site for the latest news and product reviews on the technology space. Virtual Reality (VR) and Augmented Reality (AR) technologies have infiltrated our visual ranks and changed the way we experience reality in unimaginable ways. These technologies are growing fast, meaning there is a whole lot of insights and news streaming on a daily basis from this vast tech landscape. VR and AR now play a vital role in our entertainment, leisure, gaming, retail and industrial spaces. So, unless you keep up to date, it is possible to wake up and find that the world has moved on without you!

Our tech evangelists and enthusiasts have their eyes focused on the virtual and augmented reality landscape, to bring you the latest and up to date goings-on so that you don’t lag behind. Do you want to know about AR devices that will dramatically expand the way you shop, search for information, and express yourself or the latest immersive VR systems and devices that will let you experience what it is like to go anywhere? Then the VR Downlow tech gurus have the answers.

We are visual creatures, and the arrival of Virtual Reality (VR) –a display computer technology- is a game-changer in sufficing our visual needs. VR creates a simulated environment and immerses you inside an experience. Viewing a Movie in a traditional user interface like a screen in front you is now becoming a thing of the past. Major players in the VR tech such as Oculus Rift, HTC Vive and PlayStation VR (PSVR) have transformed our computers into gatekeepers to an artificial world, where we do not just watch a movie, but be part of it! With a Virtual Reality component such as a head-mounted display (HMD) you get immersed to interface with 3D worlds simulating as many senses as possible like touch, vision, hearing, and even smell.

Here at VR Downlow, our tech gurus are focused on the VR world of entertainment, gaming consoles, and immersive movies, to bring you the latest immersive Virtual Reality Systems, devices, and movie reviews that will bring you anywhere, and help you experience the reality of different ideas and places as if you were actually there.

Augmented Reality (AR) – Turn your Environment into a Digital Interface

Thin of pointing your smartphone at a 3D object to search for information about it or training before an AR TV! Artificial Intelligence (AI) has stepped into our digital space and changed the way we search and interact with content in our devices. Augmented reality lets you experience digital content the same way you experience the real world by adding to an existing physical space. AR uses your device’s camera to view and overlay content and information onto a physical space to enhance your perception of reality.

Whether you want to know about the latest AR devices such as AR Apps, AR TV, AR smartphone cameras or any tech news, trends, and device reviews, our tech evangelists will update you!