Oculus Go, a standalone VR headset, is among the few VR hardware that represents a turning point for VR. It has done away with the smartphone and cut the cord from the PC needed to run most VR headsets.

Oculus Go, a standalone VR headset, is among the few VR hardware that represents a turning point for VR. It has done away with the smartphone and cut the cord from the PC needed to run most VR headsets. Everything you need to run the headset is contained in a little gray box! All you need to do is simply slip your face into the headset, and dive into virtual realms. It is one of the most approachable VR products on the market because it lets you step into the VR world without an expensive PC, and with little setup. 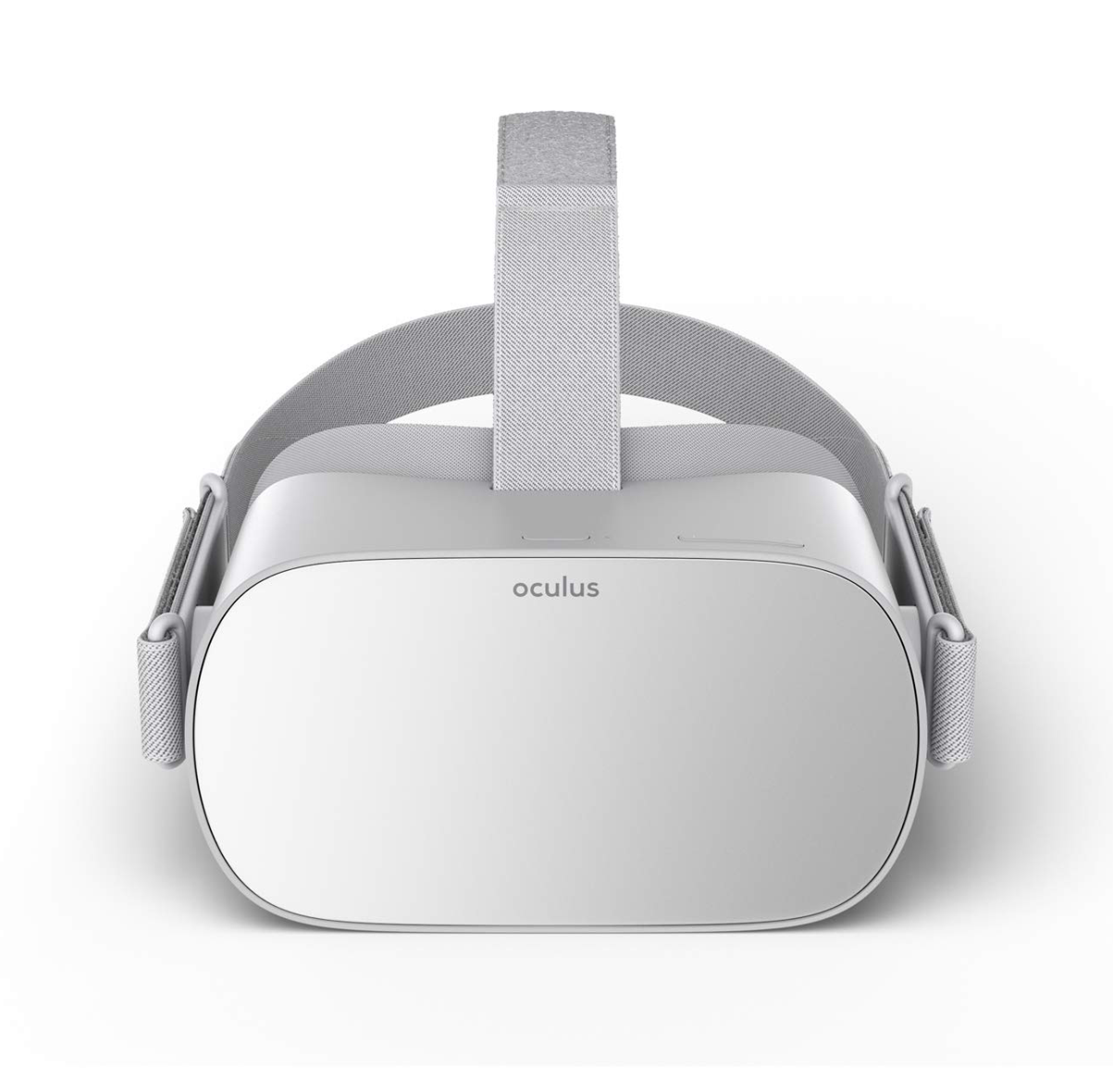 Oculus Go features a comfy wireless, standalone design with a slate-gray coloring. It has soft straps made of stretchy bands, with the ends lined with Velcro to hold the headset in place. The face box is made of soft foam wrapped in a gray-and-black-knit mesh made of spandex and nylon. You will find a micro USB port and a headphone jack on the left side. On the top are a power button and a volume rocker. On either side on the headset, there is a long gray strip of plastic for looping the head straps through.

Given that all guts are built-in, its weight of 16.5 ounces if fairly light.   Mobile headsets like Samsung Gear VR and Google Daydream View weigh 9.2 and 12.1 ounces, respectively, excluding the phone needed to power your experience. If you place Samsung Galaxy S9 in the Gear VR with its 5.8 ounces, the total weight jumps to 15 ounces! When you compare it with PC-powered headsets like HTC Vive at 19.9 ounces and Oculus Rift at 16.6 ounces, then you realize that the standalone Oculus Go is lighter.

Yes, the Oculus Go is an all-in-one HMD, and the only time you will need a smartphone is during the setup. It will take only about 5 minutes to set it up after downloading the Oculus App on your smartphone. The app guides you on how to connect the headset to Wi-Fi and establishing which hand to use for the controller.

You will also find tutorials on how to attach the bundled lanyard to the controller, as well as a rundown of the system. After that, just put the Go on, get acquainted with the main menu/the handheld controller, and start exploring! You can download new games and apps directly on the headset.

Overall, the Oculus Go is pretty comfortable. First, the straps are soft and adjustable to securely fit the headset on your face. Whether you have long or big hair, the head straps are stretchy enough to accommodate your hairdos, and still rest snugly on your face without exerting uncomfortable pressure. The faceplate is well-padded with a plush, pillowy inner lining to give you a premium comfortable feel on the face.

You can also put it on for long hours while wearing glasses without any discomfort, thanks to the eyeglass spacer shipped with the Go. Just pop out the lens rings and the facial interface and replace it with the eyeglass spacer, then put the interface back in, and you are ready to experience VR realms with your glasses on. 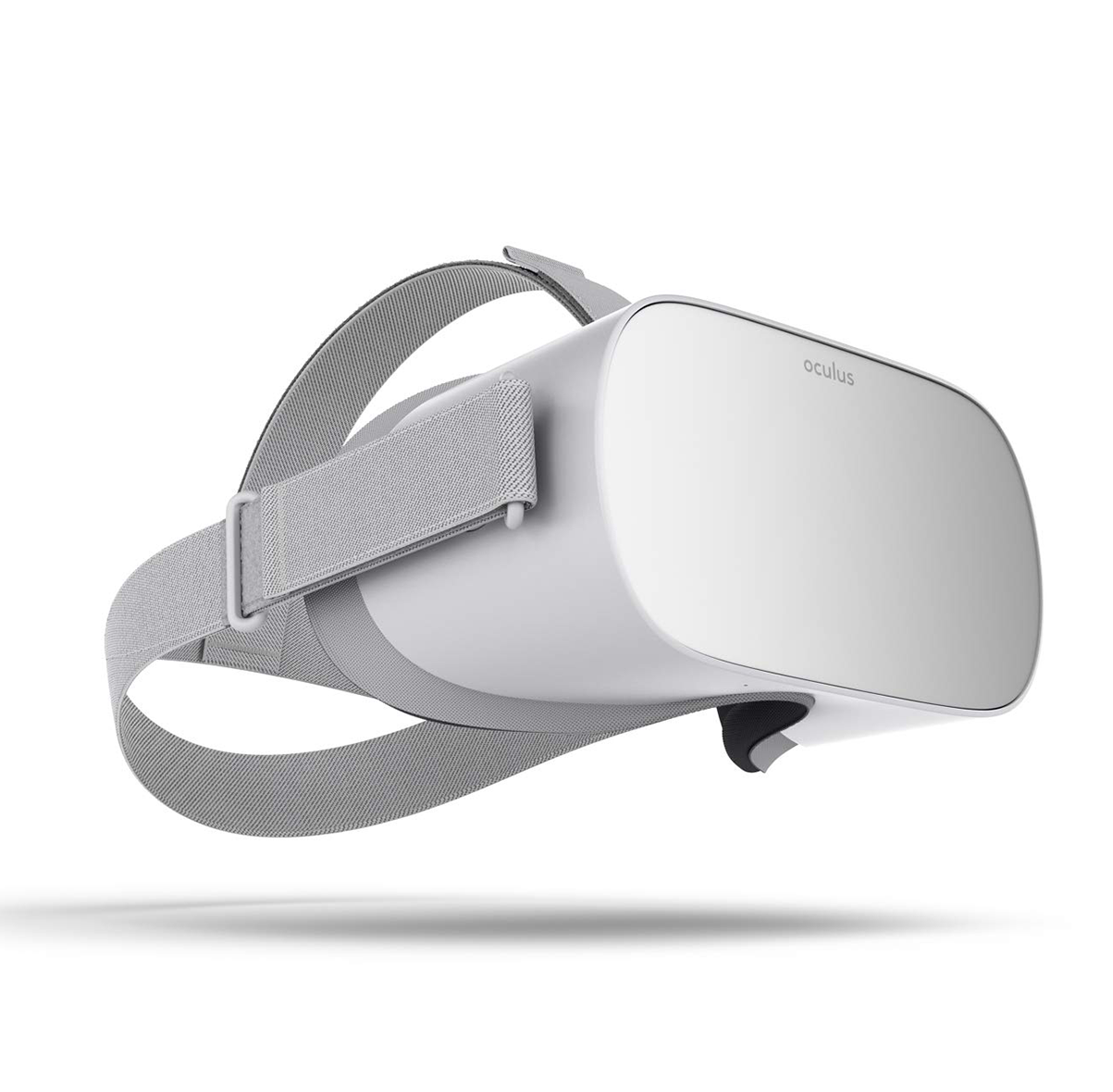 To ditch the wires and the phone, the Go is fitted with a Qualcomm Snapdragon 821 processor. It features a 5.5-inch, fast-switch LCD with a screen resolution of 1280 x 1440 pixels per eye, which surpasses both the Rift’s and Vive’s at 1080 x 1200 pixels per eye. The fast-switch panel allows a faster change in pixel color than a regular LCD panel, hence cutting down on motion sickness and motion blur as you twirl around in your VR realms. It also improves the overall visual clarity. Depending on the game or app, the screen’s refresh rate varies between 60Htz to 72Htz.

Although there is still a bit of a screen-door effect on the Go, it is not as pronounced as it is on its competing peers, which puts the Go as a step ahead above mobile headsets like Gear VR and the Daydream. With its high resolution, the Go provides a better viewing experience. 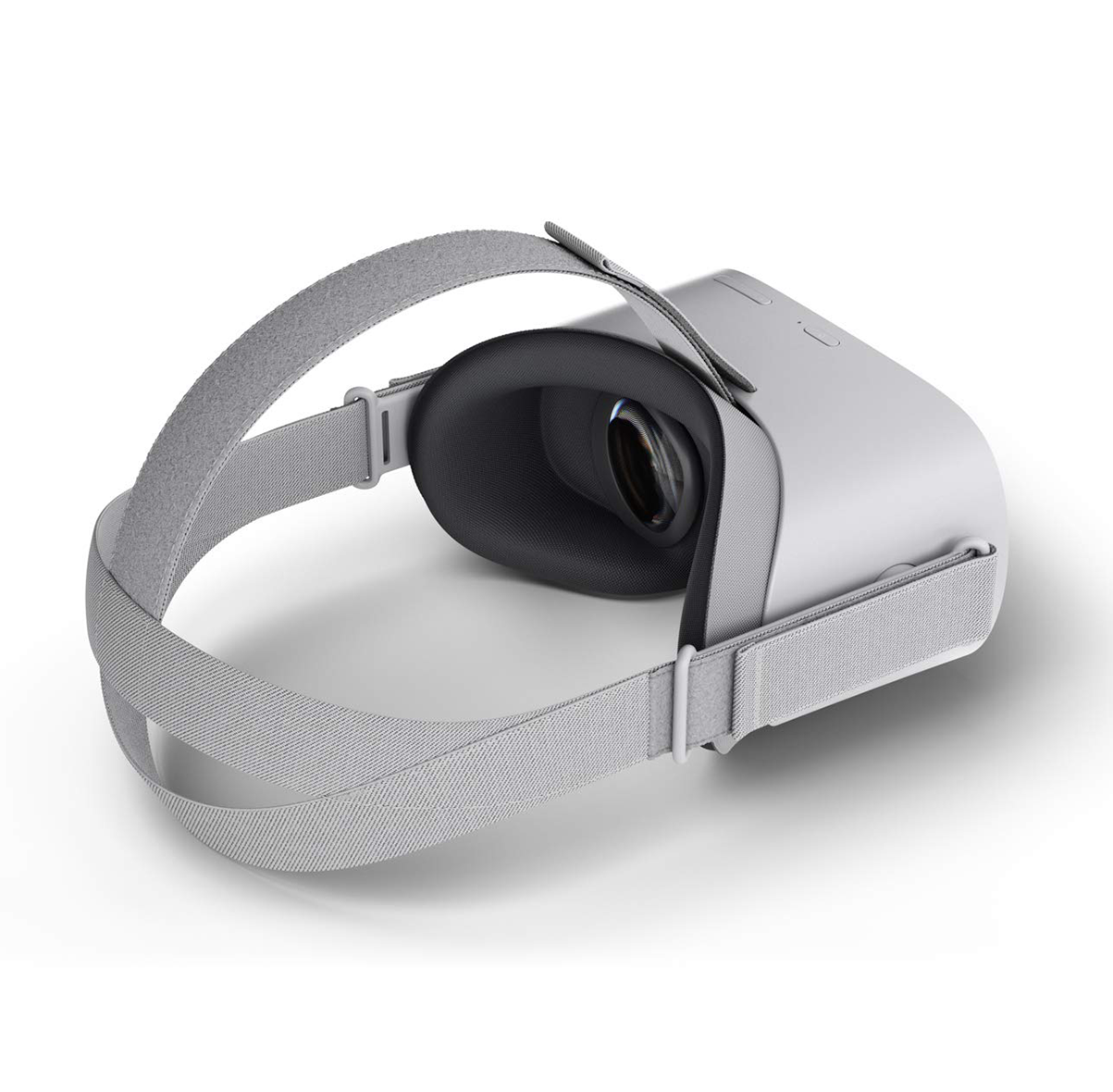 Being a self-contained headset, the Go takes care of audio with integrated speakers and microphones. The audio is surprisingly clear, and loud enough to drown out the outside world. The built-in speakers will be at their best when playing a horror or shooter, and that’s when you fully appreciate the 3D spatial audio. But there is a significant amount of sound bleed and somebody sitting next to you will hear everything. That said, the microphones deliver crisp, clear audio without any nasty feedback.

You can claim a catalog with more than 1,000 games and apps! This is because Oculus Go shares a library with the Gear VR. You will be able to browse classics such as Nobody Explodes, Bazaar, Gun jack, and Keep Talking, among others. Titles like Claro and Pet Lab will also be there. Being a Facebook-owned device, its best experiences come from building your own virtual space in the Oculus Rooms app where you can socialize with friends. You can have a lot of fun watching a movie or playing a game with virtual friends with their avatars in the room.

For $149 now, Oculus Go is a good entry level VR headset as we wait to see what standalone VR has in store for us in the coming future. It will give you a wireless VR experience through intriguing apps, and games seasoned with immersive spatial audio, lovely color, and clear detail! The fact that you don’t have to pay a high price to experience VR with the Go is an exciting look into the evolving future of VR and those who sat on the fence due to expensive VR hardware have now got no excuse for lack of entry into the VR world.